Portrait of a Love Triangle 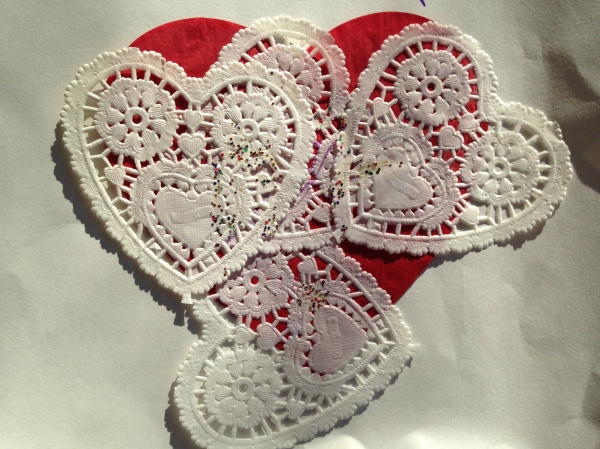 Made by Courtney, age 2.

I lost a relationship to Lyme. As I’ve learned since, Lyme has ruined many relationships and marriages.

The year we met was wonderful. He was smart, funny, sweet, and kind. Best of all, he said “yes” to everything, from new foods to foreign films to travel. He taught me about sailing; I shared my love of cycling. Over a couple of years we grew close.

Then came the beginning of the end of us. When he won tickets to Paris and we arrived full of plans to explore La Ville Lumière, suddenly I was so tired that I didn’t couldn’t keep up. My customary joi de vivre was flagging along with my body. We thought it was jet lag or flu.

Back home, symptoms piled on as I got sicker and sicker. Clearly this wasn’t the flu. When I finally got diagnosed with tick-borne illnesses including Lyme and started treatment, I got sicker from the medication, par for the course like cancer patients on chemo.

Getting better proved slow going. I pushed hard to seem normal when we saw each other. I’d hunker down in bed all day while he was at work, but try to get up and appear okay in the evenings. Week-ends were harder. His frustration grew.

He said”Lyme is like a third person in our relationship.” He was right.

That bully Lyme pulled me his way constantly, stomping on our joys. He dragged me into bed at all hours of the day. He left me on the bathroom floor all night, having knocked me down and refused to let me up. I had to cancel dates at the last minute because of his demands. He cluttered up the place with pill boxes and IV supplies, so depressing to see month after month.

And I’ll admit I was always talking about him. “It’s Lyme,” I’d say when I felt disabling pain that kept me from getting dressed or cooking or staying up past 8. It was true: There were three of us in the relationship now.

Only rarely did my partner express his fears and frustrations, but they were intense: “Cancer would be easier to deal with; why there isn’t a certain prognosis and treatment?”

“Why isn’t there a medical team to help you?”

“Why do you have to have that scary IV line going through your veins to your heart for more than a year? Why so many pills?”

“Could you stop taking the pain meds? I’m afraid you’ll get addicted!” (Like I wasn’t? If only he could have been in my skin for one day, experienced the excruciating pain for even an hour…so my own frustrations added fuel to the fire of our talks.)

And then there was the most frustrating of all:  “When will you be cured?” He could not understand why we don’t have a cure.

It wasn’t just my severe physical limitations. For some time, I couldn’t read or write. I couldn’t keep my meds straight, or remember things from two minutes or two years before.

And I was emotionally undone. At first I thought my rage, anxiety, and panic attacks were sparked by stress and depression from being sick all the time.

That was true, all right.

But, as I came to understand, these reactions were also physiological. Brain inflammation caused  irrational emotion. Sobbing jags. What some call “Lyme rage.” Even hallucinations. He never knew who he was going to get, the chipper healthy person he’d fallen for or the depressed patient; the Angel or the Ice Queen.

He never said it aloud, but it hung in the air between us: “What if it never ends?”

After several years of Lyme hell we saw a counselor. She may have been able to help earlier but it was too late. He wanted out. He told me Lyme wasn’t the reason, but in my gut I knew the truth. It was too late.

I told myself I was better off. Don’t we always? 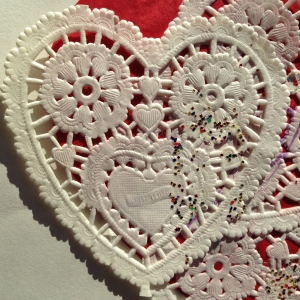 7 thoughts on “Portrait of a Love Triangle”